The books listed below are for those looking for deeply comprehensive training in energy healing.

Barbara Brennan's books are a balance of psychology, science, and spirituality. As a scientist, Ms. Brennan worked for NASA designing weather satellites. She then switched over to learning several types of spiritual healing and counseling. Her main influence was Eva and John Pierrakos. Eva Pierrakos was the founder of Pathwork, a system of self transformation, and John Pierrakos was the founder of Core Energetics, a form of body psychology directly derived from Dr. Wilhelm Reich's work.

The books contain a wealth of detailed information about psychic and spiritual development, channeling and receiving spiritual guidance, the seven layers of the human energy field, the mutual effects between human psychology and the human energy field, and a long list of healing practices that can be used. Together the information presents what can be called full spectrum healing in that there are processes for all levels.

In addition to the Barbara Brennan School of Healing, several other healing schools have used these books in their training. They may have "borrowed" diagrams in training material, or have used the books as texts. For example a frequently reused diagram is this:

This particular image is part of a discussion on how to begin seeing clairvoyantly. That many other teachers have borrowed this image, and others, is testament to the importance of Barbara Brennan's books. These books have made a big impact on several fields of study, not just energy healing.

Together these books describe what is called, in the book Core Light Healing, the Human Energy Conscious System (HECS). This system is comprised of four dimensions:

The human aura is described as a system with seven layers, where each plays a different role in our lives. For example the Astral world is associated with the fourth layer. Each layer of the aura requires different healing techniques. For example, the etheric body is the first layer of the aura, and there are techniques for restructuring the etheric body which tend to speed up healing of physical conditions.

The chakra and meridian systems are described as energy channels within these layers. Past lives, spirit attachments, different kinds of symbols, and the like, are seen in the fourth layer.

For this purpose, BBSH teachings use Reichian Psychology (primarily Core Energetics) since it is all about the interplay between human psychology and the structures of the human energy field. Reichian Psychology was developed between the 1930's to 1950's by Dr. Wilhelm Reich, one of Freud's students. Among Reich's students was Eva and John Pierrakos, the developers of Pathwork and Core Energetics. Barbara Brennan worked closely with them, studying both fields.

In Reichian theory, children forming into adulthood are influenced, through various trauma's, events and people, to develop not only personality habits, but habitual patterns in their energy field. This observation turned into a system of five character types, which are five general categorizations of defense patterns people use in relationships. Knowledge of these character types is a core part of Brennan Healing Science.

For deep lasting healing results, the healer is recommended to practice integrity, in positive intentionality, and a deeply held divine presence.

The books listed here describe these things, and more, and are the principle textbooks used at the Barbara Brennan School of Healing.

Barbara Brennan is a former NASA scientist who worked on designing weather satellites. She then became a counselor focusing on various forms of Reichian psychology principles, and in her studies worked with John and Eva Perriakos. In developing her counseling skills she began having flashes of clairvoyance, which became more pronounced and profound. Over time Ms. Brennan's clairvoyance developed to a great degree of clarity, and what she presents in these books is one of the most complete descriptions of the subtle energy world in print.

Barbara Brennan developed this modality after years of study of channeling, core energetics, and other healing systems. In the late 1980's she founded the school, and in the early 1990's published the book Light Emerging.

Hands of Light: A Guide to Healing Through the Human Energy Field: A New Paradigm for the Human Being in Health, Relationship, and Disease

Hands of Light: A Guide to Healing Through the Human Energy Field: A New Paradigm for the Human Being in Health, Relationship, and Disease

In the book she presents a comprehensive model of the human energy field. There are seven energy bodies (a.k.a. seven layers of the human energy field) that make up "The Aura". At a deeper level is what Ms. Brennan calls the Hara, or Haric Field, which is the level of intentionality. Then beneath that is what is called the Core Star, or our personal spark of the divine.

Along the way, the book presents guidance on specific energy healing techniques related to every aspect of the human energy field. This includes chakra structuring, organ restructuring, clearing emotional debris, addressing confused belief structures, dealing with astral objects or past lives, and much much more.

This book established Barbara Brennan as one of the world's most gifted healers and teachers of energy healing.

Buy Hands of Light: A Guide to Healing Through the Human Energy Field: A New Paradigm for the Human Being in Health, Relationship, and Disease
www.amazon.com www.amazon.com amazon.ca amazon.co.uk
Sponsored 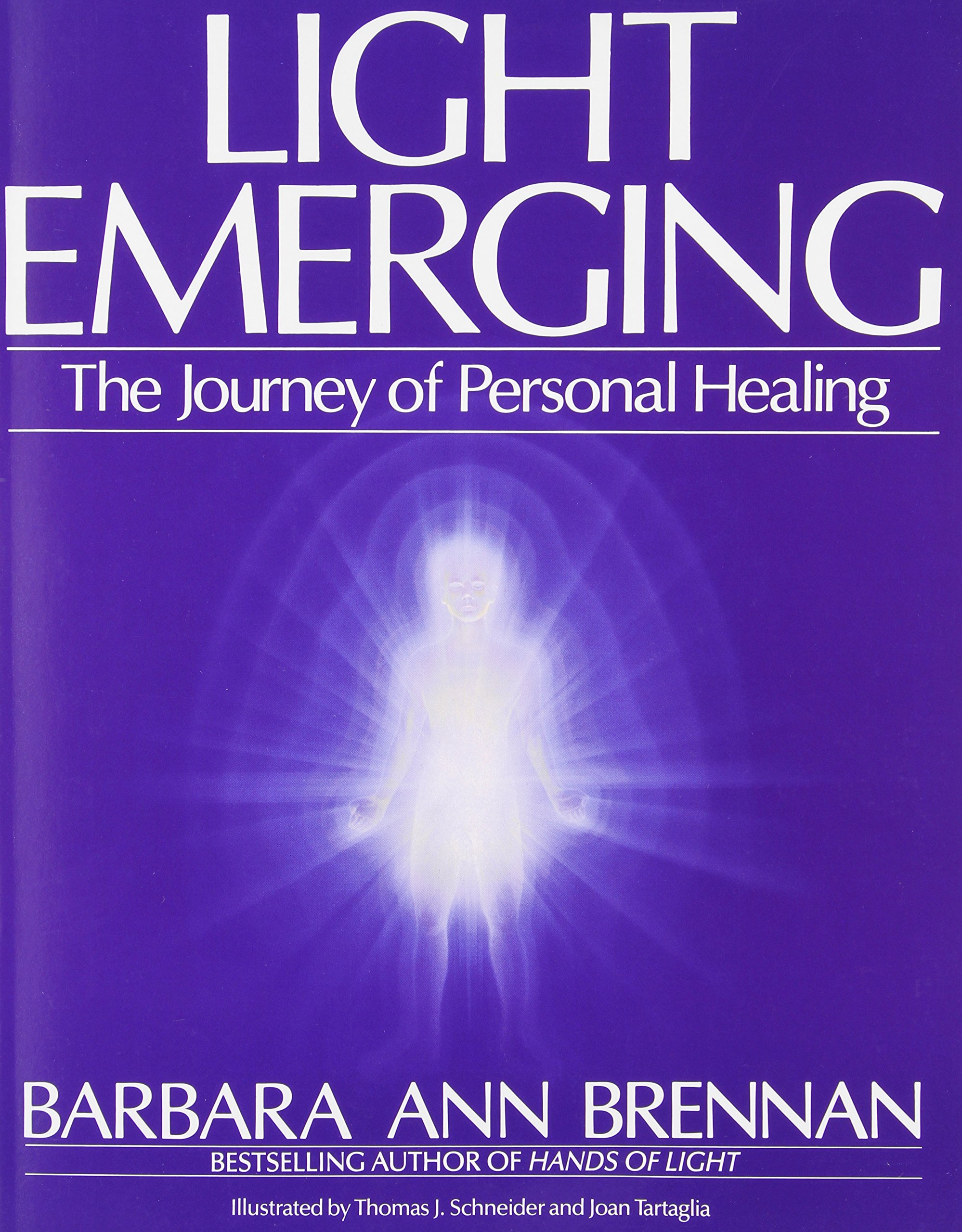 Barbara Brennans second book focuses on how interaction between people expresses as human energy field interactions. For example, that phrase about someone so angry that daggers are shooting out their eyes is perhaps an apt description of the subtle energy expression.

Understanding the subtle energy aspects of interpersonal relationships can not only help with our Journey of Personal Healing but as a healer. Healers are unavoidably in an intimate relationship with their client, because healers are reaching into the clients aura and fiddling with (healing) the stuff that is there. Therefore it is best if healers approach this work with the highest integrity and a deep understanding of the healer-client relationship on many levels.

This book brings in a large body of material from Core Energetics. That body of teaching was developed from Wilhelm Reichs research, and Barbara Brennan learned Core Energetics before going on to develop Brennan Healing Science.

The result is an inspiring melding of psychology and spiritual growth and energy healing, predating the development of what is now called Energy Psychology. 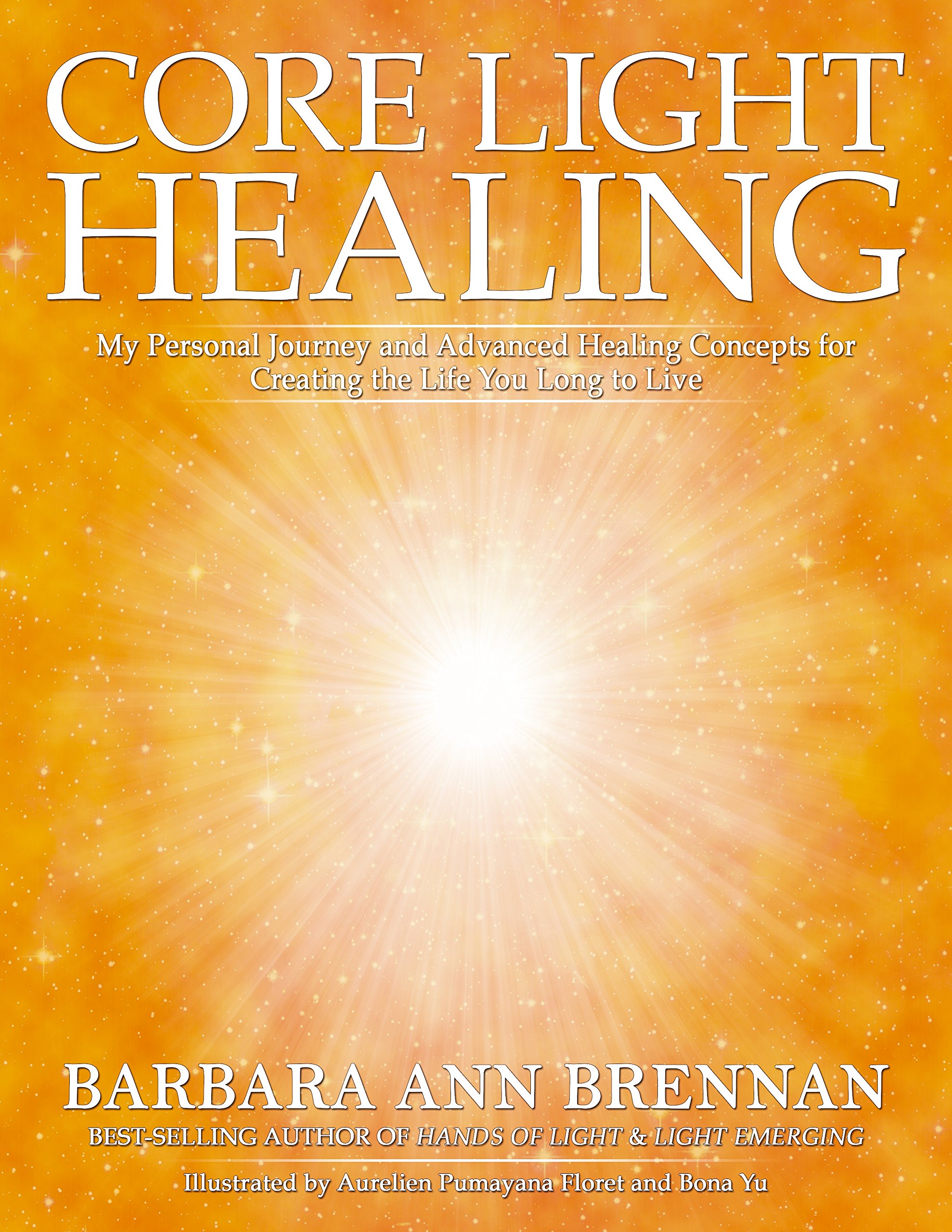 Core Light Healing: My Personal Journey and Advanced Healing Concepts for Creating the Life You Long to Live

Core Light Healing: My Personal Journey and Advanced Healing Concepts for Creating the Life You Long to Live

This is Barbara Brennan's last book on energy healing techniques. This makes it the culmination of forty years or so of in-depth research and teaching of energy healing.

The personal fourth level contains the symbolic representation of everything in ones life, both traumatic and significant. The fourth level, or the Astral, is also shared among all people, and contains the joint symbology of the human race. For this and other reasons, one purpose of the fourth layer is our relationships with other people.

This book starts with an overview of what Barbara Brennan now calls the Human Energy Consciousness System (HECS). This system starts from our Core Star, which is our personal spark of the divine essence, from which is built everything else in the energy structures that make our life. The portion which corresponds to the human aura, is called the Human Energy Field, and is constructed of seven layers as just described, as well as the chakras, and several other things.

Core Light Healing is a comprehensive discussion of working in the astral level, and is written by one of the leading teachers of energy healing in the world.

David Herron : David Herron is a Reiki Master, graduate of the Barbara Brennan School of Healing, writer, and software engineer focusing on the truth. He is especially interested in spiritual exploration, divine wisdom, clean energy technologies like solar power, wind power, and electric cars. David worked for nearly 30 years in Silicon Valley on software ranging from electronic mail systems, to video streaming, to the Java programming language, and has published several books on Node.js programming and electric vehicles.
.